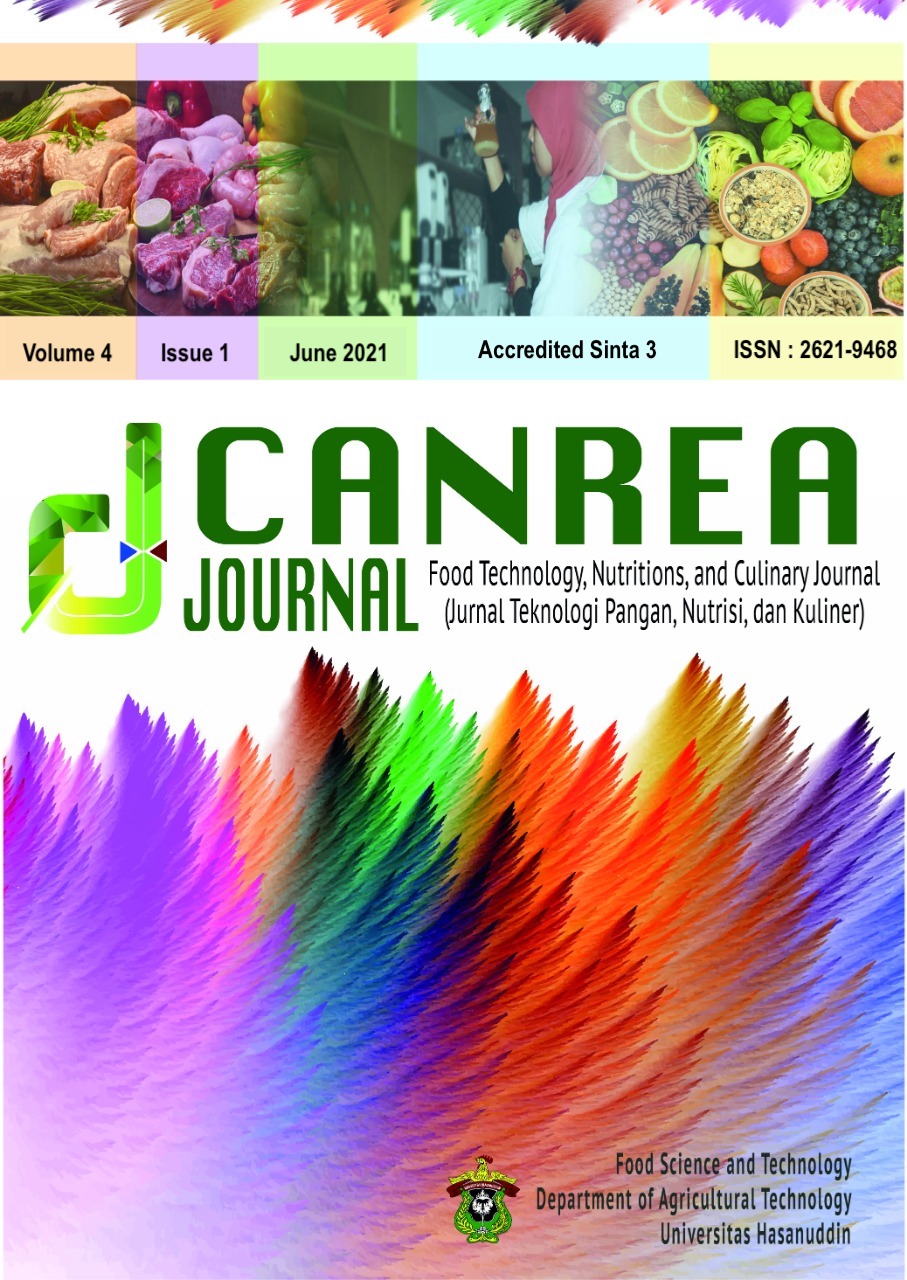 Bir Pletok is one of traditional heritage of Betawi Culinary. Till day, Bir Pletok’s popularity is decreasing especially in young generation. This research aimed to get a new option of Bir Pletok product so that the acceptability and popularity of Bir Pletok as one of Betawi traditional culinary heritage can be preserved. Ice cream was made using mixing and freezing method. The composition for formulation was 3:1 for milk: Bir Pletok. Sensory characteristic measured with 7 levels hedonic methods. Triangle test was conducted to standardized the panelist. Panelist subjected for sensory test was semi trained panelist. Research was conducted in Politeknik Negeri Media Kreatif Art Culinary Department. Research found that overall acceptability of ice cream still medium (4.96). Respondents tend to slightly like the taste of Bir Pletok ice cream (5.47); neutrally respond to the aroma (4.67) and color (4.07), and tend to like the mouthfeel (5.53) and slightly like the after taste (5.07) of the ice cream.